Why life insurances have to be considered as „opaque“?

Why life insurances have to be considered as „opaque“?

“Opacity” is the opposite of transparency. There are a few, but decisive issues, why life insurance products, especially those which following to the EU PRIIPs regulation of 2014 are called Insurance-based Investment Products (IBIPs), have to be considered as opaque. This refers as well to product features as to sales strategies and information duties. 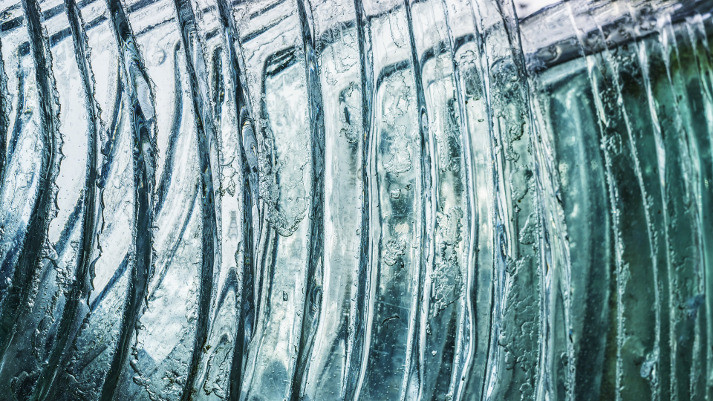 From the perspective of consumer protection there is one fundamental error inherent to any kind of whole or “capital” life insurances: it is the mingling of risk coverage (mainly death, longevity or disability) and asset allocation. Following to the traditional economic and judicial approach of life insurances the premium of the policyholder is a “unitary” sum which must not be divided into its essential elements: investment part, biometric risk part and acquisition and administration costs part. The detailed separation of the premium into these three parts is considered as a fundamental “business secret” of the insurers, which may be disclosed only to the supervisory authority and to any judges in the case of claim, but not to the policyholder (at least following to the German law).

The immediate consequence of this “opacity” is for example in case of a contract with a guaranteed minimum interest rate that the policyholder does not know, if 60%, 75% or 90% of his premium will be used as the investment part benefiting from the guaranteed minimum interest rate (and possible surplus). In case of an unit-linked product only the current total market value of the investments, but not the basic book values are disclosed by the insurer, so the customer is not informed on the actual performance of his investments.

There is “opacity” with regard to the asset allocation itself: in its daily business of asset management the insurers do usually not make a differentiation of the sources of their capital being invested: premiums of the policy holders, shareholders, loans or other investments yielding a return for reinvestment. Though the continuous premiums being paid by the policyholders constitute the most important source for the asset management, the yield on dividend for shareholders has usually been higher than the total participation at benefits for the policyholders (for ex. Allianz in 2017: dividend yield – 4,6%, total benefit interest rate (“Gesamtverzinsung”) – 3,7%).

When world-wide financial markets are as volatile as nowadays, due to the differences of book values and market values non-realized capital reserves will be built up. In Germany in 2005 the Federal Constitutional Court decided that policyholders have to benefit from these “hidden reserves”. Unfortunately in 2014 following to a new law life insurers are allowed to exclude fix-income securities from the “hidden reserves”. This implies that currently “hidden reserves” are largely not taken into account for the participation at benefits of the policyholders (following to the Annual Report 2017 of BaFin, the German Federal Financial Supervisory Authority only 2,4% of the total assets of the insurers were directly invested in shares).

There are other “with profit”-mechanisms, which have to be considered as opaque: British life insurers use the so-called method of “smoothing” the returns and losses of the asset allocation in the long run, but – as far as we know – it is entirely up to the discretion of the life insurers, how exactly the method is used, or in other words: how strongly will the policyholders definitely participate at the benefits which had been “smoothed” before? In fact, there is no actuarial definition what “smoothing” is and how it works. Therefore policyholders will never find out, if they participate in a correct way.

With regard to the pay-out phase of annuities the “with profit”-mechanisms are opaque as well: life insurers have to calculate future longevity in a “prudential” way, but they tend to over-estimate the longevity. The mortality tables they use for their annuities do not correspond to the average longevity of the population. That is why they make considerable returns via the risk calculation. Even if there are laws following to which policyholders must participate at these biometric risk profits, the average policyholder is not able to assess, if this participation at benefits is appropriate.

Last but not least, the distribution costs are opaque: in Germany very often the acquisition costs are calculated following to the “Zillmerisation” method implying that commissions are paid up front. This is not bad in itself, if the policyholder is able to pay his contributions until maturity of the contract. But if there is a case of mis-selling and the policyholders cancels his contract (especially in the case of early withdrawal), there will be a huge loss of capital due to the entry costs. The surrender value will often be much lower than the total sum of premiums paid until that moment. And of course due to the commission-based remuneration system of the distribution the danger of mis-selling practices is definitely very high.

Unfortunately the new EU PRIIPs regulation does not reduce at all the problem of opacity of the distribution costs, quite on the contrary this issue is even worsened.
This is due to the use of the reduction in yield (RiY) as the overall parameter. Even though the total sum of costs have to be displayed in absolute figures, their impact of reducing the final benefits of the policyholder is presented only by referring to a possible future performance scenario (even without explaining which one it is exactly). That is why the relative reduction in yield is ridiculously low (often about 1% at maturity), although the absolute figures show how strongly the costs reduce the investment part of the premiums paid by the policyholder.

Recently Better Finance, the European Federation of Investors and Financial Services Users, even stressed “that the new methodology for calculating transaction costs imposed by the PRIIPs regulation often produces positive “costs” and that the new KID deprives investors of a crucial past performance information.” (BF Press Release of 29.06.2018).

From a consumer’s perspective the conclusion is obvious: life insurances are highy complex products which cannot be understood by the average policyholder. Even a highly generalized financial education would not be sufficient in order to explain all the underlying “hidden” mechanisms of asset allocation, participation at benefits and cost effects. That is the reason why the founder of BdV was allowed - by a court judgment already in 1983 - stating that life insurances are “legalized fraud”.

The problems due to the opacity of life insurances are increasing, as recent developments show: the run-off of life-insurance companies (like the sale of millions of life insurance contracts to specialized run-off companies by Generali in Germany), the run-off of products (like TwinStar of Axa), or special product innovations (like the new even more opaque Allianz pension product "Fourmore"). These current events underline that the life insurance sector is under heavy pressure and therefore not a suitable partner for private retirement provision.
As long as these issues of opacity are not solved, life insurance companies should not be involved in the PEPP project. Life insurance contracts are too opaque and too unfair for being an adequate way of implementation of PEPP. Keep the legalized fraud out of PEPP!