Corona Pensions: Redoubling of Financial Repression in the Covid and Post-Covid Era

Corona Pensions: Redoubling of Financial Repression in the Covid and Post-Covid Era

With the entire world in the grip of an unprecedented pandemic, governments around the world struggle to bring the devastating Coronavirus under control, save lives and alleviate overburdened health systems. 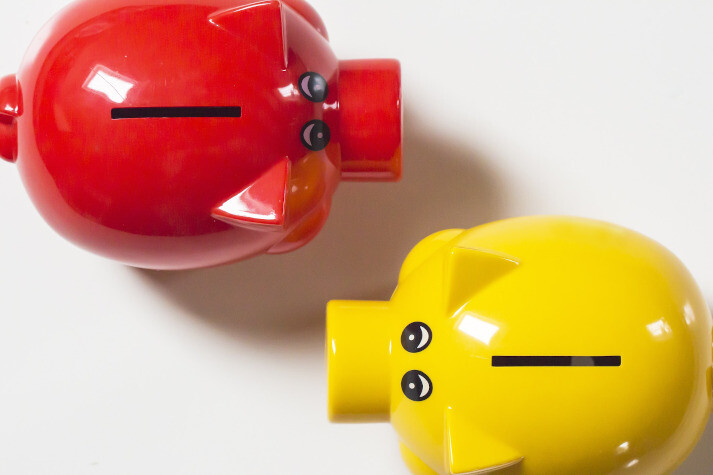 Unfortunately, the necessary health, quarantine and social distancing measures implemented to fight the ongoing Covid-19 pandemic, are taking their toll on economies around the world. The sweeping strategies employed, although crucial to the fight against the epidemic, coupled with monetary and budgetary expansions of unseen magnitudes in response to the sudden and legally imposed shutdown of the world’s economies, will have lasting and damaging economic consequences.

By mid-2020, when the magnitude of the pandemic had really dawned on most European leaders, national governments, European institutions and central banks stepped in to try and mitigate the economic fallout from Covid-19 with very ambitious and far-reaching fiscal and monetary stimulus packages and measures. On 4 June 2020 the Governing Council of the European Central Bank (ECB) decided to increase the €750 billion envelope for the Pandemic Emergency Purchase Programme announced on 19 March by another €600 billion to a total of €1,350 billion, to help bolster the numerous initiatives implemented at the national level of EU Member States. This does not include some €3 trillion in ECB refinancing operations at the lowest interest rate ever of -0.75%.

This amounts to a vast, disguised but direct, subsidy from the ECB to European banks, as it will actually pay banks to lend them money at the rate of billions of euros per year.

In retrospect, the 2008 financial crisis can be seen as a full-dress rehearsal for what is to come post-Covid. In the aftermath of the 2008 crisis, governments, in an attempt to rekindle growth, took on new debt. Central banks printed money like never before, with their balance sheets ballooning in recent years* under the “quantitative easing” or “unconventional monetary policy” labels.

Unsurprisingly, ordinary citizens ended up footing the bill. Alas, European citizens as pensions savers and long-term investors (i.e. the middle classes) are likely to disproportionately pay the price once again.

To explain, we need to turn to the economic concept of “financial repression”, the result of policies implemented by governments and central banks during the last crisis and highly likely to be implemented to deal with the new Covid-19-induced economic crisis that’s facing us.

Whereas growth is undoubtedly the preferable and most efficient way in which to reduce debt, the reality is that developed countries are faced with an aging population, making growth very difficult to achieve. Paradoxically, governments tend to try and create growth out of thin air by taking on new debt to subsidise growth in order to pay off old debt.

Growth stimulation aside, governments have over the last few years to varying extents also engaged in debt reduction methods such as increasing revenues through taxes or reducing spending by limiting goods and services provided by the state. These methods are preferable to the more drastic method of a debt haircut - effectively a government bankruptcy - where individual bondholders and other creditors such as banks and insurance companies - and through them all individual investors and savers - are forced to give up a large portion of the bonds for which they are owed. But what all these methods have in common is that the ordinary citizens, individual investors and savers end up footing the bill.

Financial Repression, or Debt Relief through Inflation, is no different and over the years has emerged as a definite favourite among European policy makers, following the realisation that sovereign debt in the developed world is simply too high for it to be significantly reduced through economic growth. And whereas austerity measures can to some degree keep debt in check, it can also easily choke recovery. This means that the debt must either be written off (not a palatable prospect for any politician) or slowly inflated away.

This last option is a crucial element of what economists have started calling Financial Repression, a concept that is particularly effective at liquidating debt and penalising pension savers. It’s a term that you will never hear any government use, as it carries a negative connotation and ultimately represents a form of wealth confiscation and redistribution but that in some ways is as effective as taxation and certainly less conspicuous.

Following the massive monetary stimulus measures deployed in response to the Coronavirus crisis, governments will be even more desperate to find investors to buy bonds with negative or very low interest rates. In order to achieve this, governments implement policies to redirect funds to the state’s coffers that in a free market environment would go elsewhere. The least conspicuous Financial Repression method to achieve this, is to get central banks to massively purchase sovereign bonds on secondary markets through the quantitative easing campaigns we are now familiar with.

By requiring banks and insurers to hold government debt via capital requirements and restricting the transfer of assets abroad, or by prohibiting or discouraging the use of alternatives, governments create a captive domestic market for government debt.

Once this is done and the governments have managed to round up people’s savings, governments move to reduce interest rates on government debt and deposit rates, bringing about negative real interest rates across the board. To complete the picture, inflation is unleashed or kept alive through quantitative easing policies and currency devaluation, gradually reducing the sovereign debt but in the process also obliterating the value of all savings.

A Grey Future for Retirees

Basically, Financial Repression takes advantage of the phenomenon of money illusion or the tendency of people to think of currency in nominal, rather than real, terms. In effect Financial Repression leads to price increases - including incomes and taxes - while debts remain nominally the same, thereby losing comparative value and decreasing in real terms. Debts are essentially eliminated by means of inflation whereas citizens loose purchasing power and are partially stripped of their financial means in the process.

Furthermore, as things stand, prudential rules for banks and insurers are de facto pushing them to buy negative yielding securities, with all that this implies for EU Citizens as Savers and Investors.

*The amount of EU Sovereign Debt owned by the ECB increased by 146% from 2009 to 2019. The annual consolidated balance sheet of the Eurosystem comprises assets and liabilities of the Eurosystem national central banks (NCBs) and the ECB held at year-end vis-à-vis third parties: https://www.ecb.europa.eu/pub/annual/balance/html/index.en.html